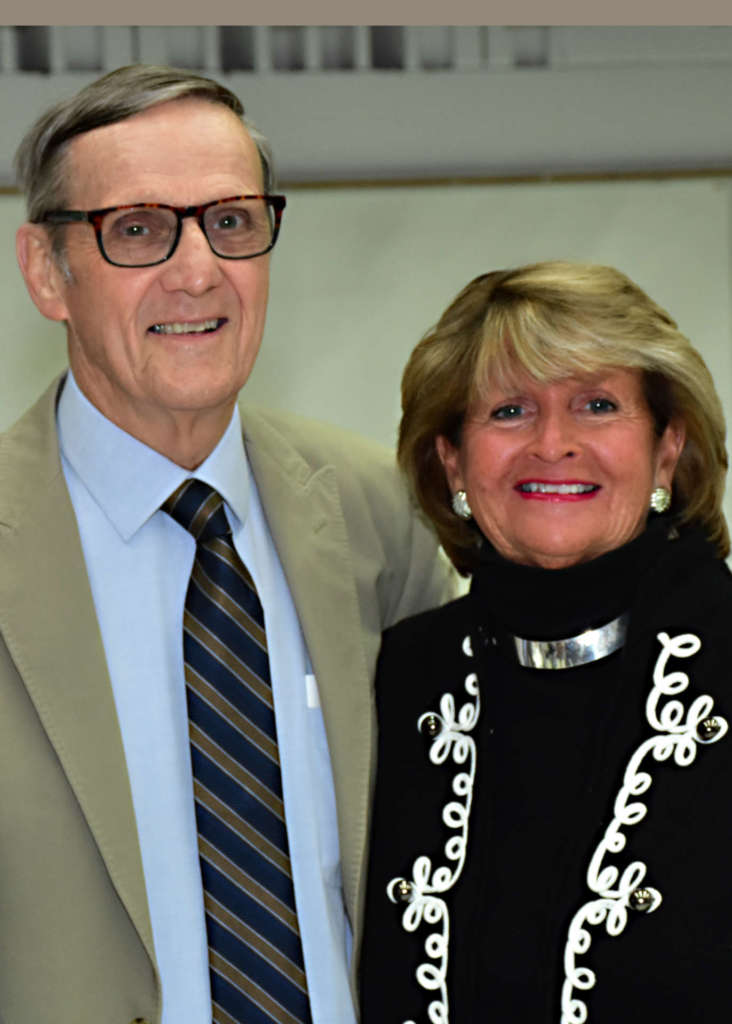 Al and Sara Lueck, both graduates of Shepherd’s Class of 1967, first created the Lueck Interior Offensive Line Football Scholarship in 2013 as an annually funded award. Now the couple has chosen to endow the scholarship, designated for student athletes who hold the position of center, guard, or tackle on the Shepherd Ram football team. Both the endowment and the position are especially meaningful to Al Lueck, who was an offensive lineman on Shepherd’s football team.

“I have an affinity for offensive linemen because I was one,” he explained. “Offensive linemen don’t get as much recognition and I thought this would be a good way to honor them.”

In addition to their support of Shepherd Athletics, the Luecks are members of the Joseph P. McMurran Society, a special group of donors that have chosen to share their lifelong financial achievements with Shepherd University through estate and other planned gifts. Al Lueck is also a Director Emeritus on the Shepherd University Foundation Board of Directors.