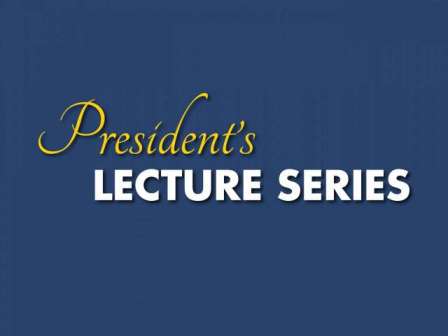 The impacts of climate change on biodiversity are ubiquitous and dangerous. Ecosystem restoration can make a significant contribution to addressing the challenge. Dr. Thomas Lovejoy, an ecologist who has worked in the Brazilian Amazon since 1965, aides in the interface of science and environmental policy. Starting in the 1970s, Lovejoy helped bring attention to the issue of tropical deforestation and in 1980 published the first estimate of global extinction rates (in the Global 2000 Report to the President). He conceived the idea for the long-term study on forest fragmentation in the Amazon (started in 1978) which is the largest experiment in landscape ecology, the Minimum Critical Size of Ecosystems project (also known as the Biological Dynamics of Forest Fragments Project). He also coined the term “biological diversity,” originated the concept of debt-for-nature swaps and has worked on the interaction between climate change and biodiversity for more than 30 years.

Free to public; Reception to follow, sponsored by the Shepherd University Foundation.